Your local OKFN Ambassadors and working group are very pleased to invite you to attend, one of five public lectures that Dr. Rufus Pollock** will be giving during a short lecture tour throughout Australia about open knowledge and open data.

We’ve named this tour “The Open Knowledge Down Under” tour and encourage you to talk about this tour openly via the #OKFNau tag.

The objectives of this open knowledge tour include:

For further information please see the OKF eventbrite RSS calendar feed for further OKFN events in Australia, or to the OKFN-au blog or follow our twitter handle. 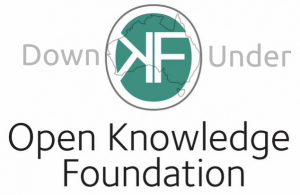 ** Dr. Rufus Pollock graduated from Cambridge University as a Mead fellow in Economics (after graduating with a distinction in mathematics).  Rufus is a well regarded economist because of his scholarly and advisory work on open data and open knowledge economies.  Rufus co-founded the Open Knowledge Foundation in 2004 and personally wrote the first lines of code for the CKAN data system (Rufus is also an accomplished programmer).  Rufus has sat on several government advisory panels including the British Prime Minister’s appointed Public Sector Transparency Board. This involved working with Sir Tim Berners-Lee, who credited Rufus with starting the ‘Raw Data Now’ meme[1].  Currently, Rufus is a Shuttleworth fellow and is helping to expand the Open Knowledge Foundation expand worldwide, of which over 50+ chapters have formed including our Asia-Pacific neighbors: India, Nepal, Taiwan, China, let alone the many other OKFN local groups worldwide and still growing! 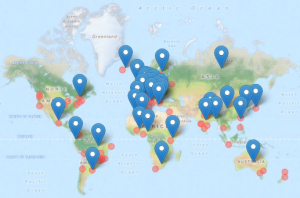 Schedule – we suggest you RSVP for an event near you as tickets will go quick. We will finalise details by the end of July: