Coder Grrrlz talk to us about GovHack Municipal Data 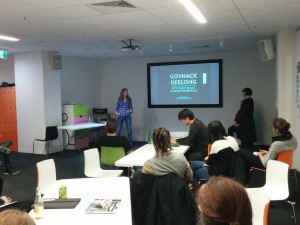 Ruth presents the data from the City of Greater Geelong 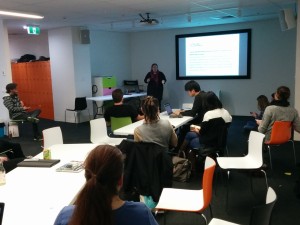 Alisha presents her work from the City of Melbourne 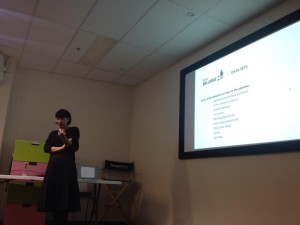 This week’s OK Melbourne saw Ruth, Alisha and Rosie spoke to us about the data sets that are coming out of the Cities of Melbourne, Greater Geelong and Ballarat for the upcoming GovHack. There looks to be some very rich data coming out of each of the sites, with both interesting cultural and geographical data, some lighter census data as well as the usual tough stuff – fines, roads, parking. Each of the cities will be presenting a range of prizes, the City of Melbourne will hopefully also be hosting a 3D printing micro site – raising the question “how would you use City of Melbourne data in 3D printed form?”.

Jordan also gave greater context to GovHack – what our aims and goals were with the project, what other data sets would be available, what project we expected and wanted to see come out of the weekend. 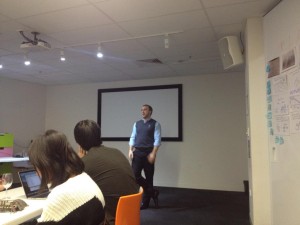 Next week is the Mapping workshop with our own Steve Bennett and we have confirmed Andrew Phillips from Splunk as a speaker at the June 10th workshop.

Finally, a short reminder that the Melbourne GovHack team are very keen to provide child care at this year’s GovHack, and if that’s of interest to you they ask if you could take their four question survey about what type of child care service you would want.

Leave a Reply to Will McIntosh Cancel reply