Open mapping tools and self-referential post-irony, together at last

Right, so, this is an upcycled information disseminator made on an open tech stack. Crowdsourced data points, yeah. Where from? The People. Us. All of us. Everyone contributed. We just, know, got together over beers and… 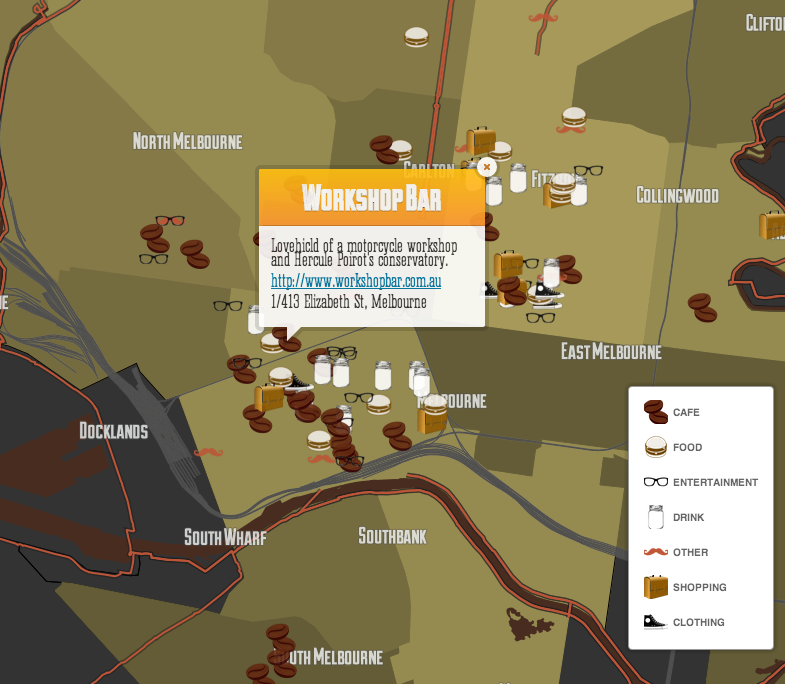 Whaddaya mean, why can’t you see the roads? You can see the bike paths and train lines, can’t you? And the laneways? There’s like literally nothing on the main streets, haven’t you been to Melbourne? Look, fine – just zoom in, the roads will show up eventually. Why would you even want to do that, jeez. Besides, when you zoom in like that, all the OpenStreetMap cafes are shown, and they’re so mainstream. And see how we colour-coded suburbs according to density of free-range syntagmas? It’s a secondary indicator of pseudo-relevance.

Yeah, so, there are a couple of problems with this. We’re a bit worried this will become too kitsch – we risk schisms in the ideosphere. We experimented with being typeface agnostic but it was too much. I can’t even. We’re also not really sure about the ethical implications of sartorial gentrification. Like, how do we interact with readymade-free? It’s a bit twee, all that twitterigentsia clambering to understand our culture. On the other hand, we were concerned about the asymmetrical knowledge exchange so there’s a suggestion option. Yes, if you can think of something, let us know. Totally. Flexiterian, eh?

All right, that’s enough. I’m giving myself a headache.

The hipster map of Melbourne was created on the back of a frivolous idea by a bunch of volunteers. We wanted to see what we could achieve in an evening using nothing but open source technology and enthusiasm.

The underlying basemap is TileMill, an interactive open source mapping tool that uses OpenStreetMap data. The placemarkers are served from CartoDB, another open source interactive mapping resource. The whole lot sits on a web server hosted at hipstermelbourne.org that loads both the base map and the placemarkers.

Oh no, we hear you cry! Dirty hipsters are filthying my local with their fixietaches, I would like them to disappear to the even more obscure cafe down the road! Never fear. Let us know the name of your dinghy renovated sweatshop. Is it too cool to advertise its name? Even better. We’ll get to it as soon as we finish drinking out of these jars. 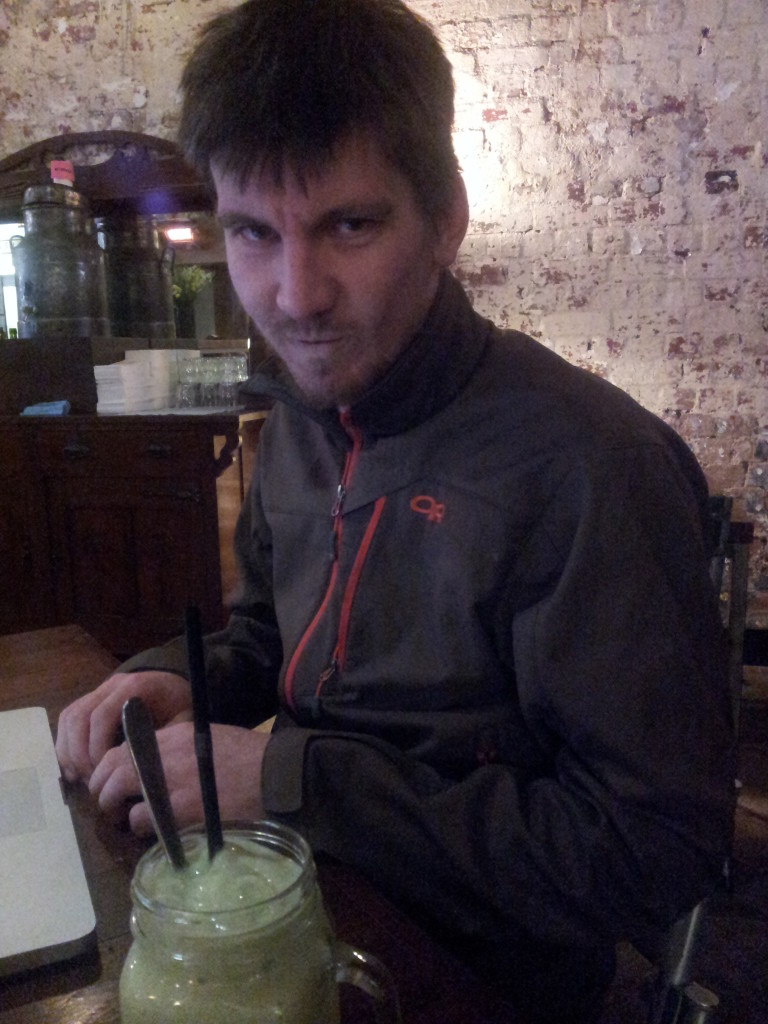